In this article we look at Morphology of the Folktale, by outlining the thirty-one functions that were  proposed by Vladimir Propp for the structural analysis of folktales.

Vladimir Propp (1895-1970) analysed many of Russian fairy tales in order to identify common themes within them. He broke down the fairy tales into thirty-one “functions” that comprised the structure of many of the fairy tales. His study was published as Morphology of the Folktale in 1928

After the publication of Morphology, folklorists around the world realised that there is a unique element to all stories in the sense that they can be replicated. Same or similar stories, with identifiable plots, characters and situation can be found in many parts of the world. Propp’s assertion that hundreds of fairy tales can be reduced to a single structure has made many theorists to accept his hypothesis.

The thirty one-function of V. Propp discussed with an example, story in consideration is ‘RUMPELSTILTSKIN’, 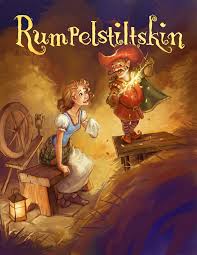 a fairytale popularly associated with Germany (Where he is known as Rumpelstilzchen). The tale was collected by the Brothers Grimm in 1812 edition of ‘Children’s and Household Tales’.

According to Propp (1968): In order to create a tale artificially, one may take any A, then one of the possible B’s then a C↑, followed by absolutely any D, then an E, the one of the possible F’s, then any G, and so on. In doing this, any elements may be dropped, or repeated three times, or repeated in various forms. If one, then distributes functions according to the dramatis personae of the tale’s supply of by following one’s own taste, these schemes come alive and become tales. Of course, one must also keep motivations, connections, and other auxiliary elements in mind”